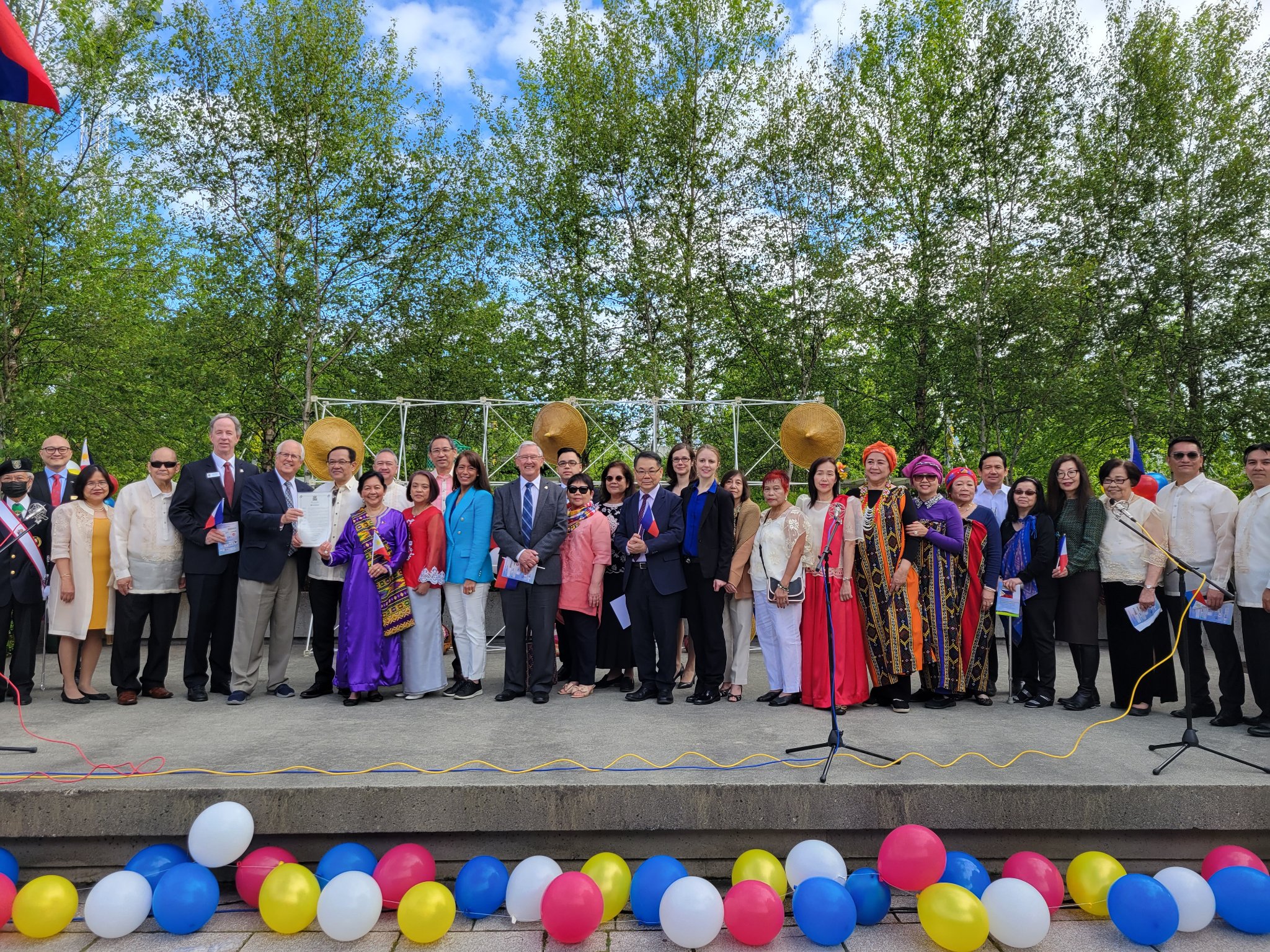 21 June 2022 – The Philippine Consulate General in Vancouver participated in flag raising ceremonies and activities held in the cities of Richmond and North Vancouver to celebrate the 124th anniversary of the proclamation of Philippine Independence.

On 15 June 2022, the Philippine flag was raised at the Civic Plaza in North Vancouver.  Consul General Austria joined MLA Mable Elmore, MLA Susie Chant, North Vancouver City Mayor Linda Buchanan, Filipino members of BC Nurses Union, Consulate’s officers, and members of the Filipino Community at the flag raising ceremony. Mayor Buchanan also proclaimed June 12 as Philippine Independence Day in North Vancouver.  The proclamation also cited June as a month dedicated to highlighting the many contributions Filipino‐Canadians have made and continue to make to the social, economic and cultural fabric of communities across the country, including North Vancouver.

In her message, Consul General Maria Andrelita Austria thanked the City of Richmond for recognizing the contributions of Filipino Canadians to the community. She also mentioned the advocacies and programs of the Consulate for Filipinos in British Columbia, Yukon and Northwest Territories.  END 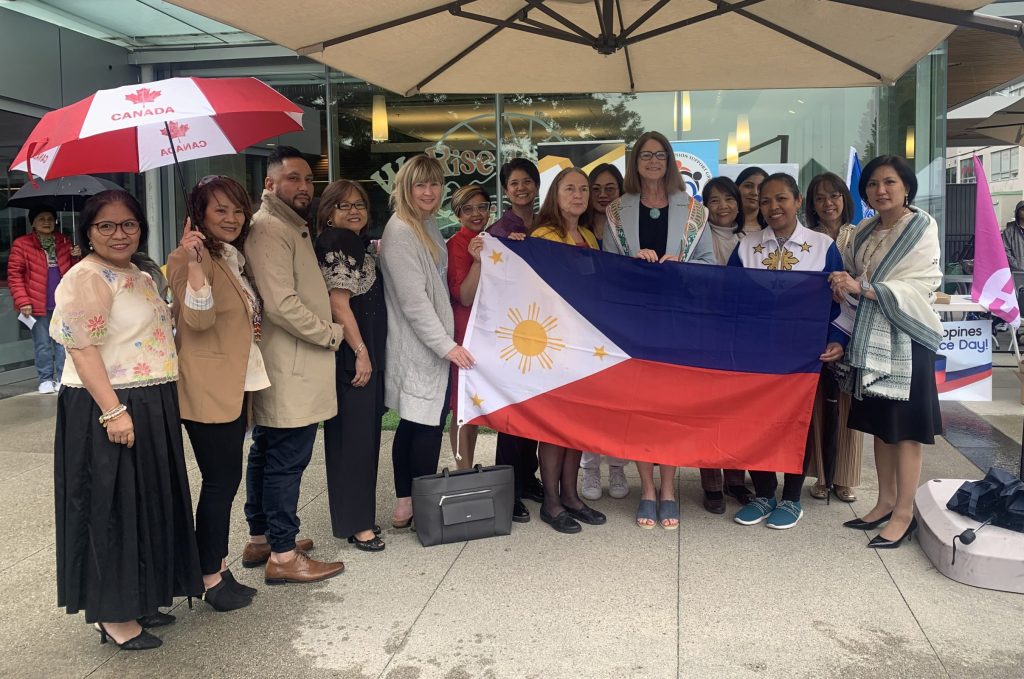 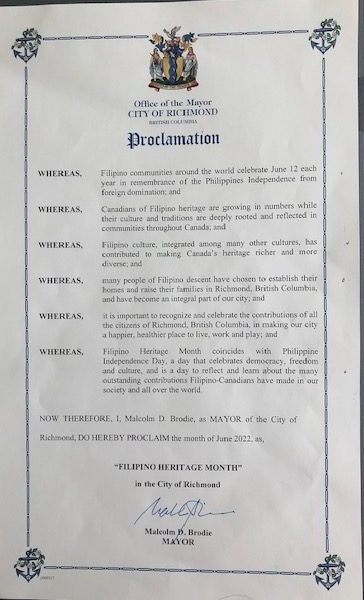 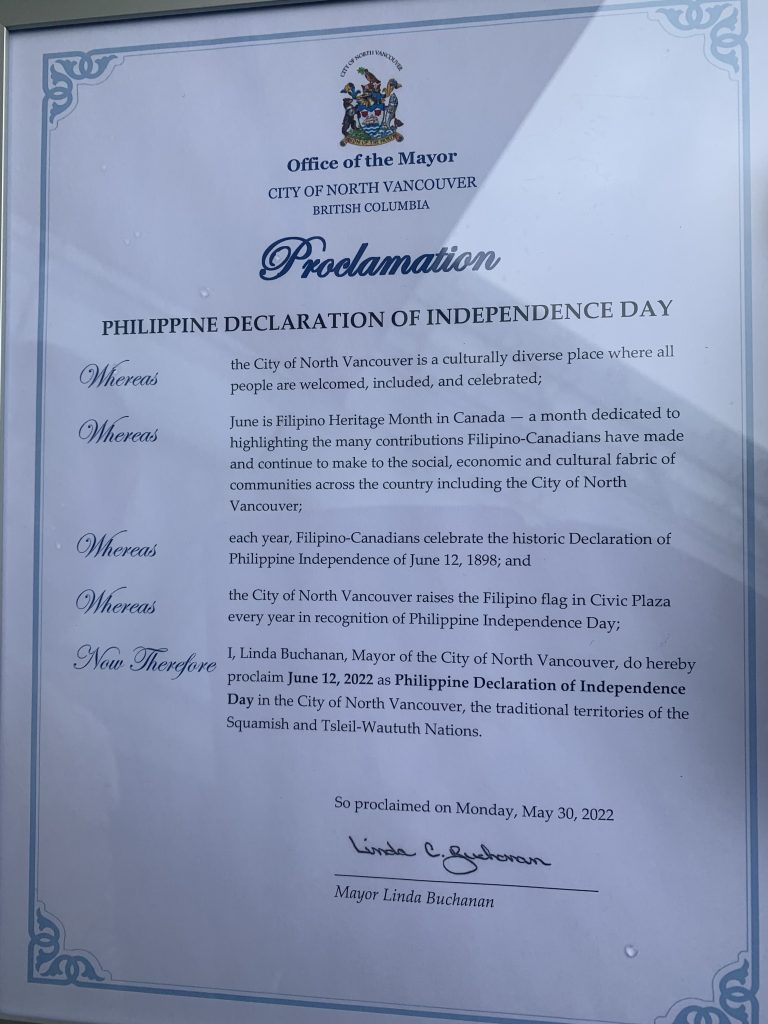