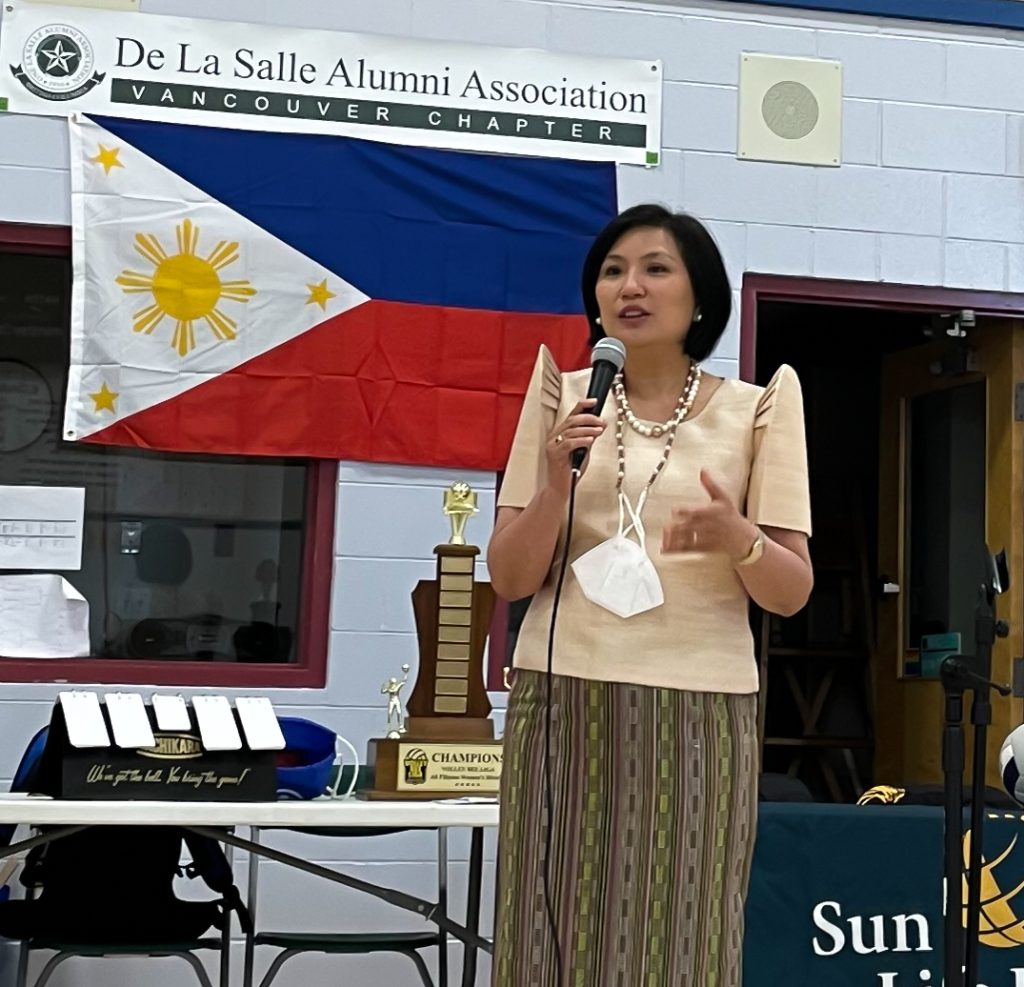 Consul General Austria, in her remarks, commended the members of the One La Salle Vancouver, led by their President, Mr. Antonio Domdom, for organizing an event that promotes camaraderie and esprit de corps among Filipino Canadians in British Columbia.  She also mentioned the programs of the Consulate and the Filipino community such as the establishment of a Filipino Cultural Center in BC, credentials recognition, and possible inclusion of English language in BC’s curriculum. 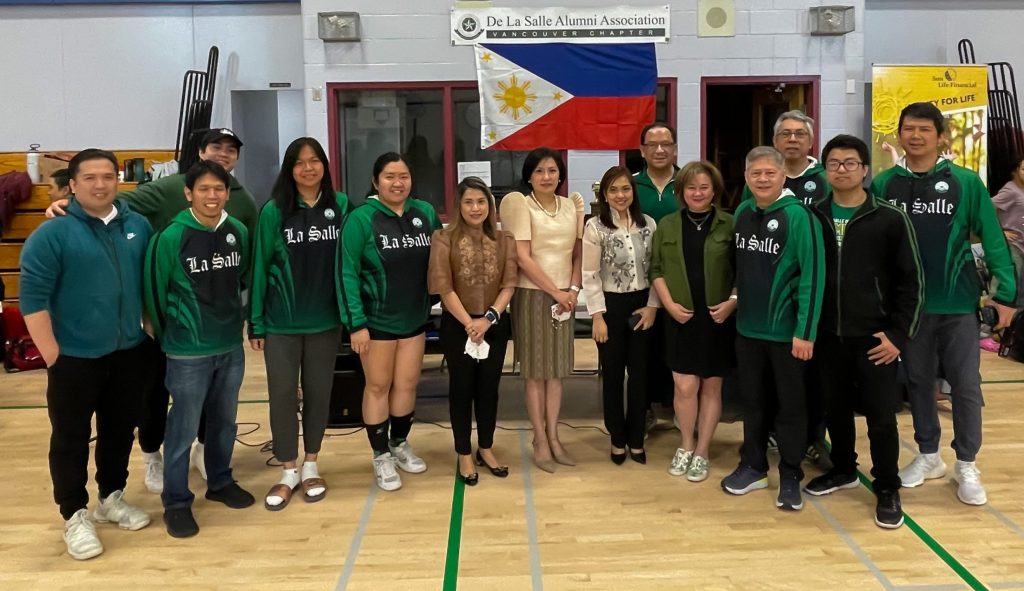 Consul General Maria Andrelita Austria, Consul Analyn Ratonel (7th from right) and Consul Ericka Abad (6th from left) with the members of De La Salle Alumni Association of BC after the opening program. (Photo from One La Salle Vancouver)