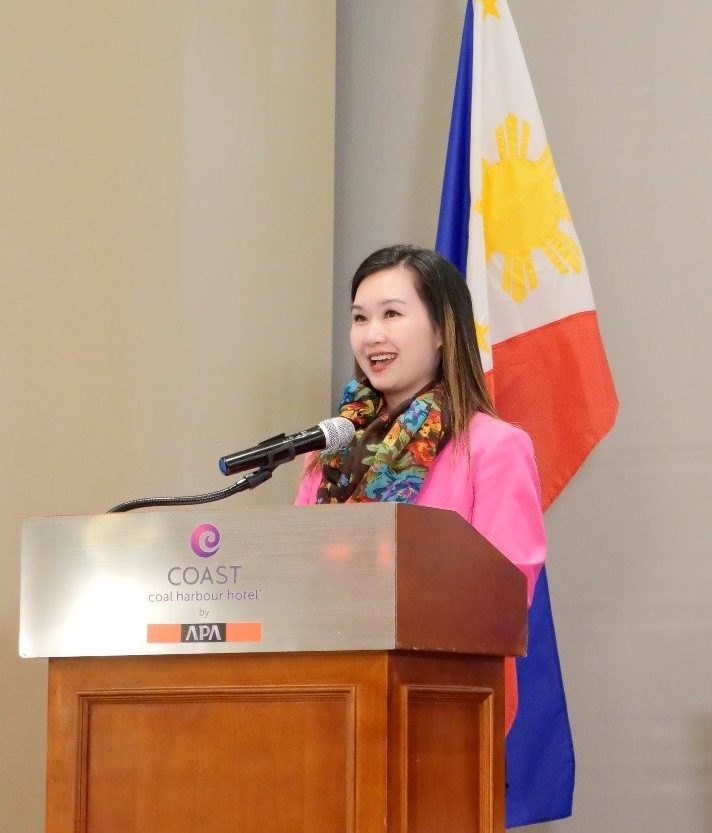 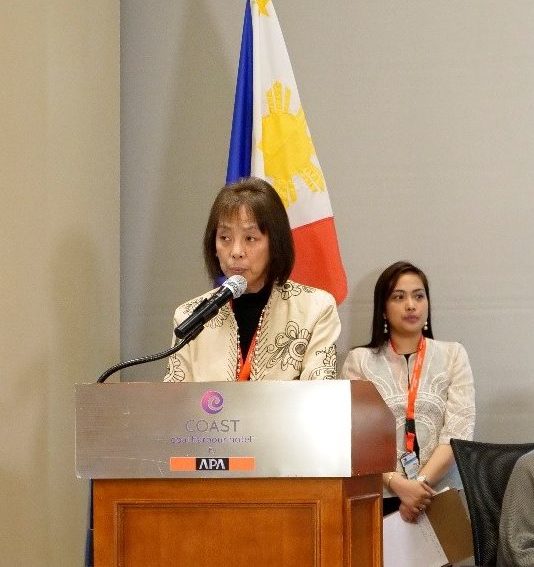 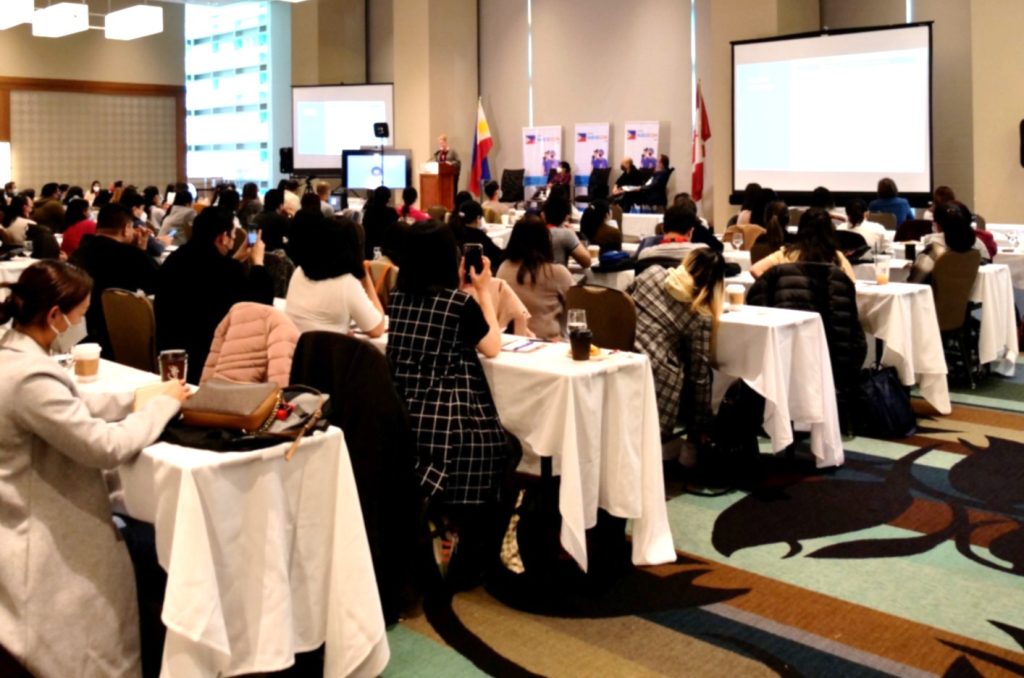 More than 100 participants attend the first-ever Nurses Convention organized by the Philippine Consulate General in Vancouver, in partnership with the Filipino Network and the Western Community College, for Filipinos with nursing degrees from the Philippines, currently residing in B.C., who are unable to pursue their nursing careers for various reasons. 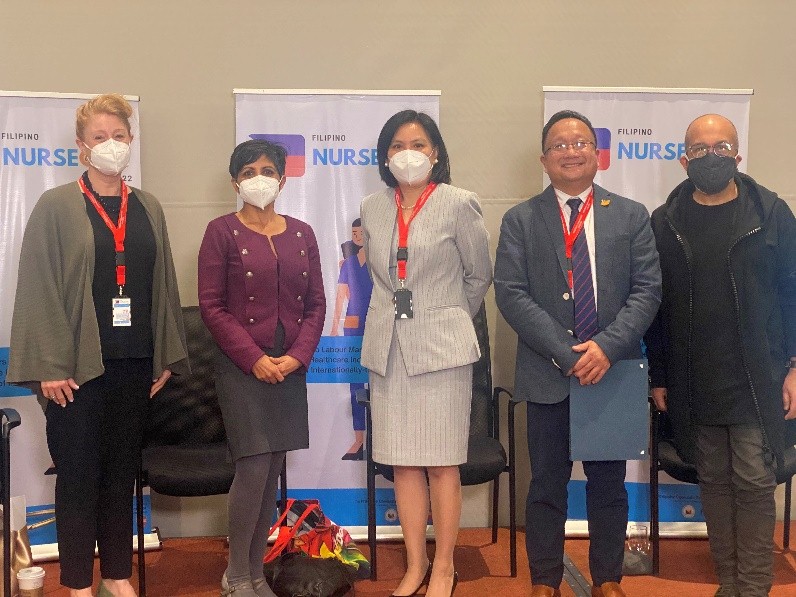 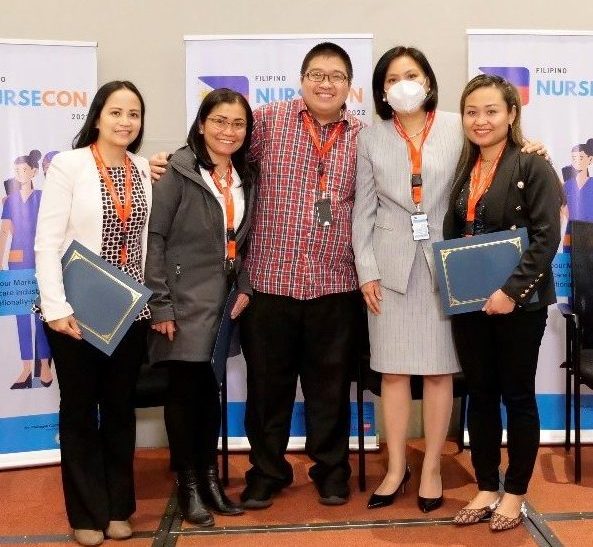 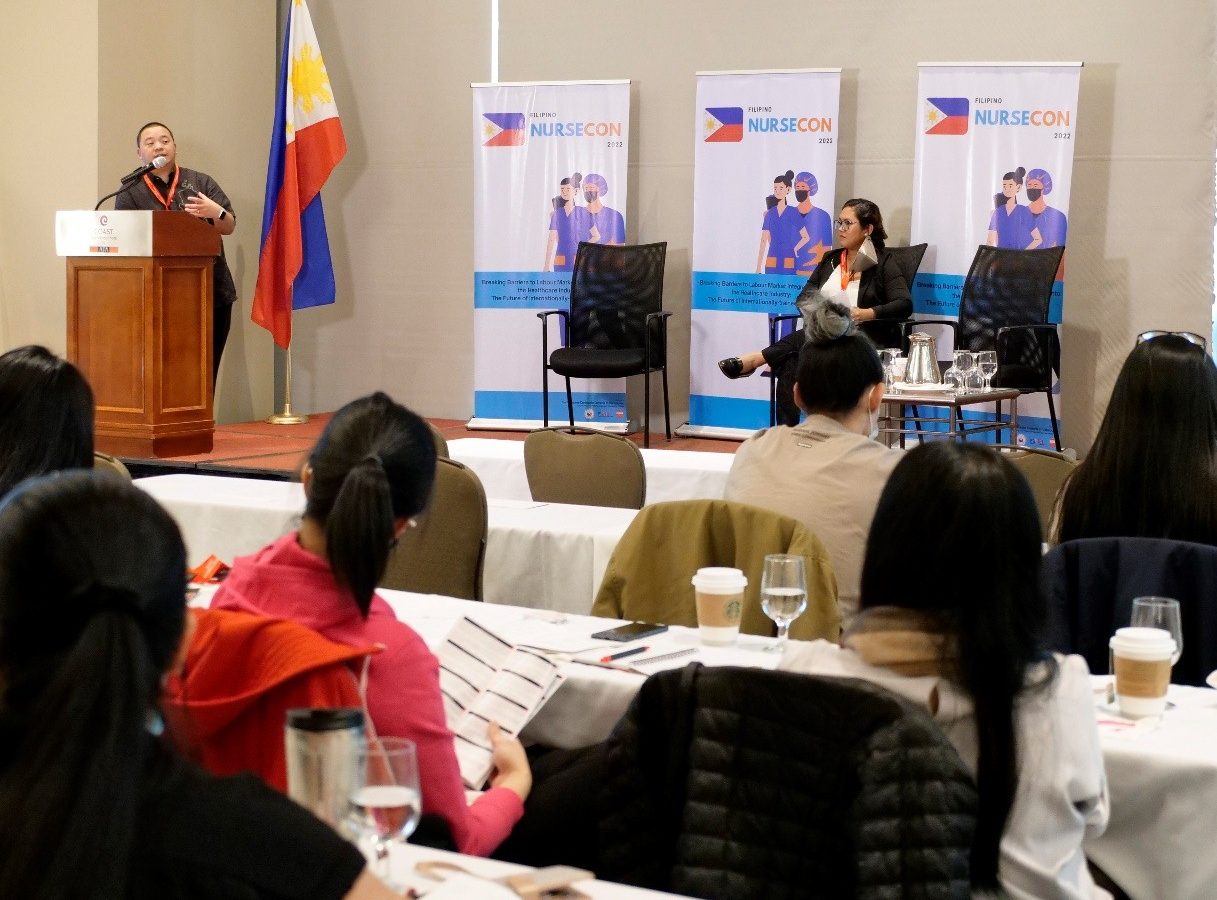 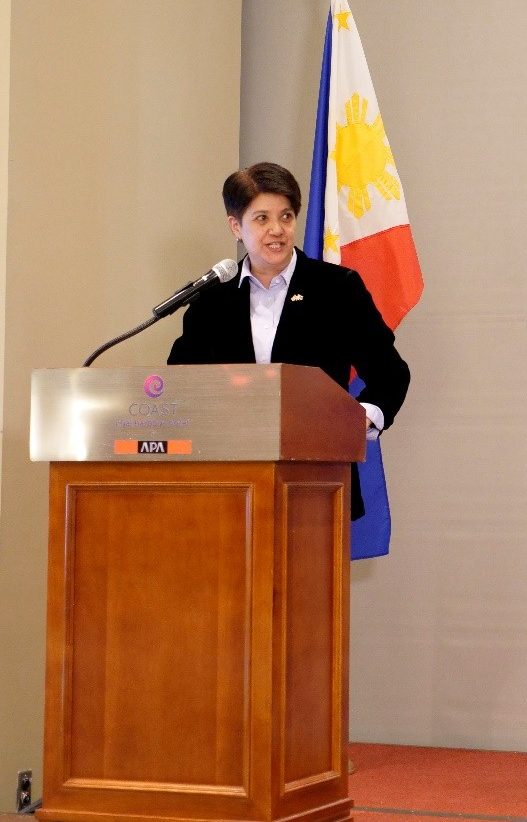 LEFT Photo – Mr. Stephen Andrada (standing), Director for Employment and Community Programs at the Western Community College, and a FilNet member, and Ms. Amy de Chavez (seated), Healthcare Assistant (HCA) Program Manager and HCA Classroom Instructor on Theory and Skills Lab at the Western Community College, speak on alternative pathways for Internationally Educated Nurses in Plenary 3.  Mr. Andrada also presented on the Nurses Convention Roadmap at the last plenary, which summarized the day’s discussions and the short, medium and long-term plans moving forward.  RIGHT Photo – MLA and Parliamentary Secretary for Seniors Services and Long-Term Care Mable Elmore ends the Convention on a high note with assurances that she would bring the specific needs and concerns of the Filipino nurses to the provincial government.

Information booths of Health Match BC, the Western Community College, FilNet, the Philippine Overseas Labor Office-Vancouver, the Overseas Workers Welfare Administration-Vancouver, and the Langley Community  Service Society were part of the one-day Convention.

30 March 2022 – The Philippine Consulate General in Vancouver, in partnership with the FilNet, a network of Filipino social service workers in British Columbia, and the Western Community College, held the first Filipino Nurses Convention on 25 March 2022 at the Coast Coal Harbour Vancouver Hotel.  With its theme, “Breaking Barriers to Labour Market Integration in the Healthcare Industry: The Future of Internationally Trained Nurses”, the goal of the Convention was to gather stakeholders on the issue of credentials recognition of internationally educated nurses (IENs) in British Columbia (BC) for the purpose of equipping them with a better understanding of the licensing process and the latest initiatives in streamlining the procedures, as well as to provide them with invaluable resources through networking and the presence of participating service providers.  More than 100 Filipino IENs attended the event.

Hon. Anne Kang, Minister of Advanced Education and Skills Training, keynoted the Convention.  She thanked the attendees for choosing a profession in the healthcare sector and emphasized the important role they played in protecting and providing health support to the community.  She likewise shared her ministry’s programs aimed at supporting healthcare professionals, including the additional seats for BC nursing students that had recently been announced.

The Convention tackled four plenary topics:  the current state, the lived experiences, the alternative pathways, and the way forward.  Consul General Maria Andrelita Austria spoke at the first plenary, where she informed participants of the efforts being undertaken on credentials recognition by the Philippine Posts in Canada under the direction of the Philippine Ambassador.  She also shared statistical highlights about Filipino IENs unable to practice in BC, or in Canada as a whole, based on the results of a separate survey conducted by the Philippine Posts.  A roadmap at the end of the Convention tied up the plenary discussions and put forward some suggested short, medium and long-term measures to address identified gaps.

Capping the event was a message by Member of Legislative Assembly (MLA) and Parliamentary Secretary for Seniors Care and Long-Term Care Mable Elmore.  As the daughter of a Filipino nurse, she personally appreciated their important role in caring for patients and conveyed the assurances that she would bring the specific needs and concerns of the Filipino nurses to the provincial government.  She urged the participants to be vocal so their voices can be heard by all concerned.

To complement the learnings from the plenary discussions, service providers and educational institutions, such as the Healthmatch BC, the Langley Community Service Society, FilNet, the Western Community College, the Philippine Overseas Labor Office, and the Overseas Workers Welfare Administration in Vancouver were invited to set up information booths at the conference venue.  END