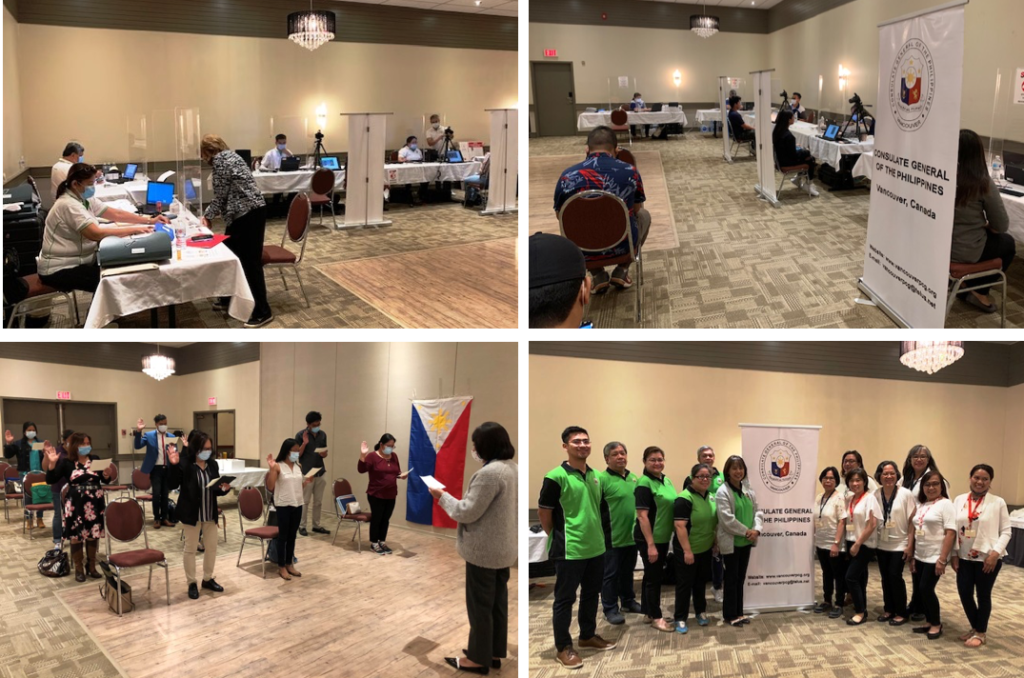 17-19 July 2020 – (Top photos) The Philippine Consulate General in Vancouver conducts its first consular outreach mission for the year at the Northern Grand Hotel in Fort St. John, British Columbia, rendering more than 300 services, 272 of which were E-passport renewals. Armed with protective gear, and employing a ‘no mask, no entry’ policy, the consular team allowed only a maximum of about 14 clients inside the hall at any given time.