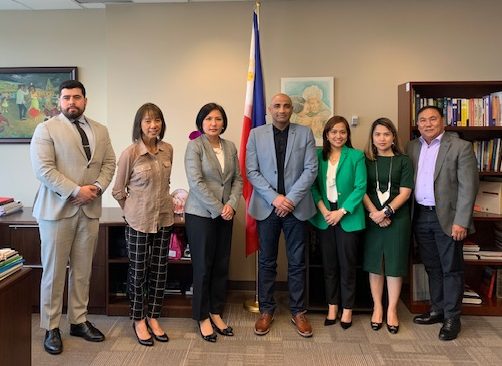 During the meeting, MP Bains briefed the Consulate on the economic developments in his riding in Richmond and spoke of the well-established Filipino community in his riding.  MP Bains also invited Consul General Austria to visit Richmond and tour some of the businesses there.

Meanwhile, Consul General Austria shared with MP Bains the initiatives of the Philippine Posts in Canada in securing the recognition of the academic credentials and overseas experience of Filipino professionals, particularly the nurses, who have migrated to Canada.  She also pointed to the marked increase in the number of Filipino international students in Canada of late.

MP Bains is a member of the Liberal Party of Canada who won in the 2021 Canadian federal election.  Prior to his political post, he was an instructor at the School of Business in Kwantlen Polytechnic University.  END