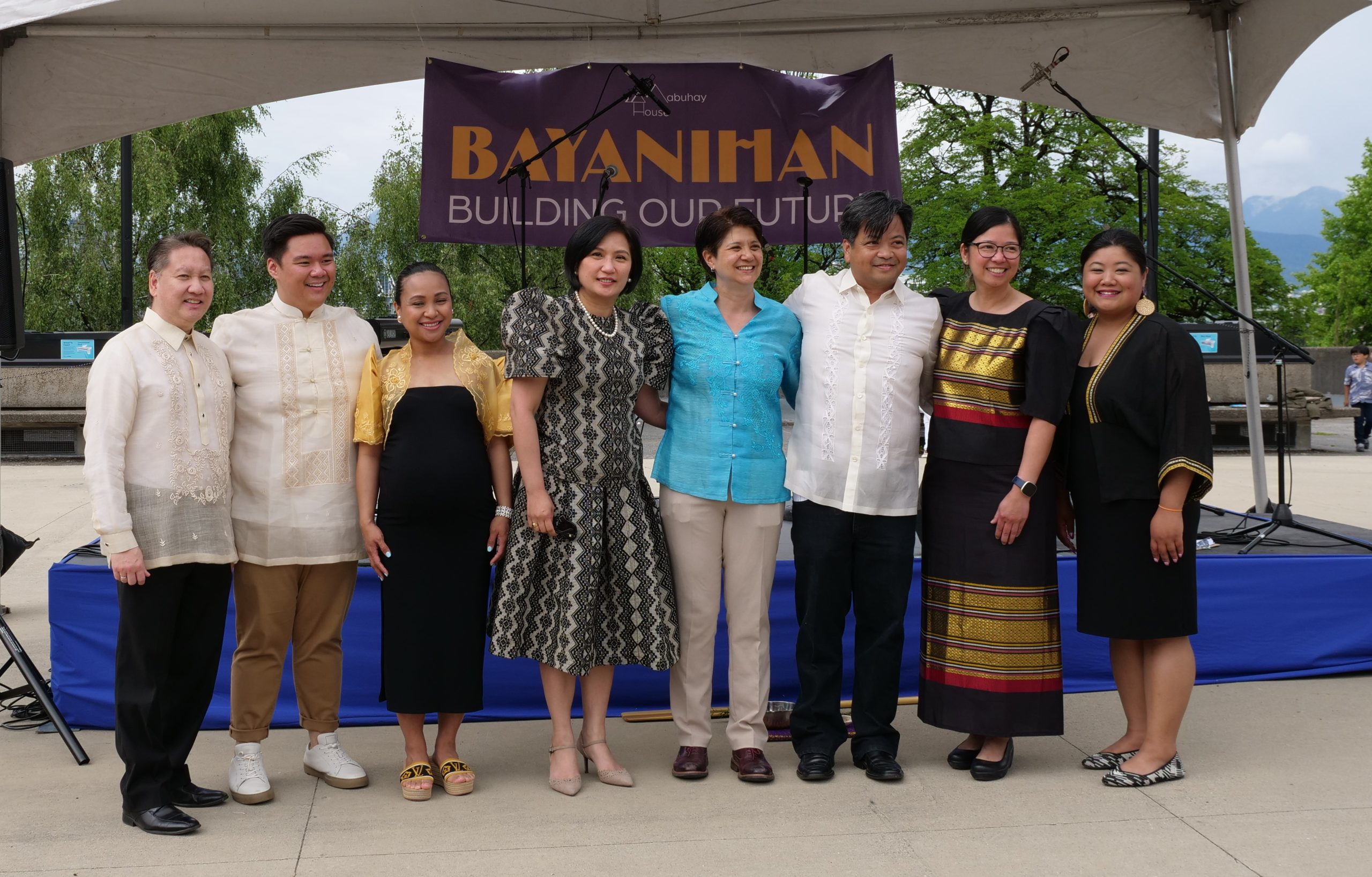 Consul General Maria Andrelita Austria (4th from left) is joined by MLA Mable Elmore (4th from right) and Mabuhay House Society board of officers and advisers. (Photo from Vancouver PCG)

21 June 2022 – The officers and staff of the Philippine Consulate General in Vancouver, led by Consul General Maria Andrelita Austria, joined the Independence Day celebration entitled “Bayanihan: Building Our Future,” organized by Mabuhay House at the Helena Gutteridge Plaza on the grounds of Vancouver City Hall on 12 June 2022.

Mabuhay House Society is a recently-incorporated BC Society that formed around the community’s interest in developing intergenerational and intercultural spaces that highlight the contributions of Filipino Community in British Columbia and across Canada.

The event announced the building of a Filipino Cultural Centre in Vancouver.

The celebration started with a parade followed by the singing of national anthems.  In her remarks, Consul General Austria conveyed her appreciation to the BC government for recognizing the contributions of Filipinos to the community. 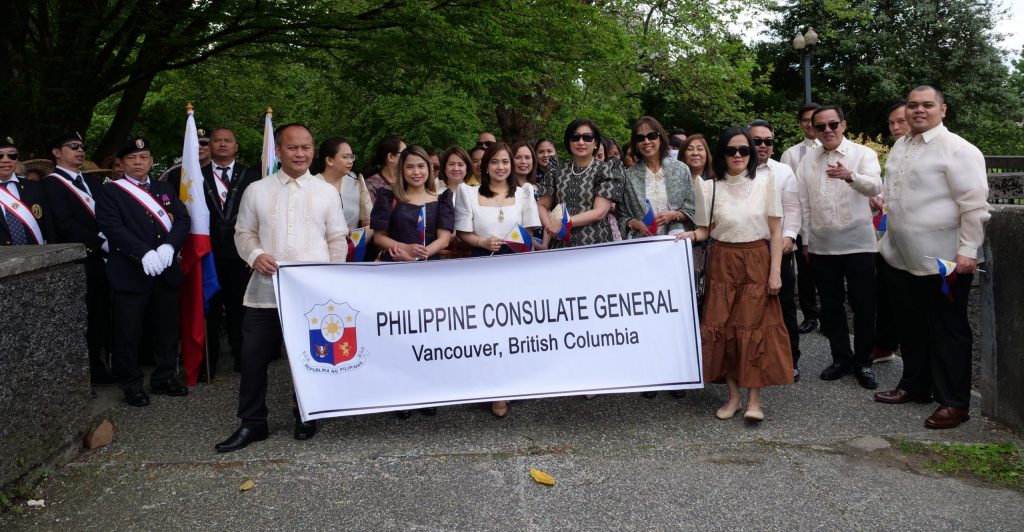 (Left photo) Consul General Maria Andrelita Austria leads the men and women of the Philippine Consulate General in Vancouver during the parade. 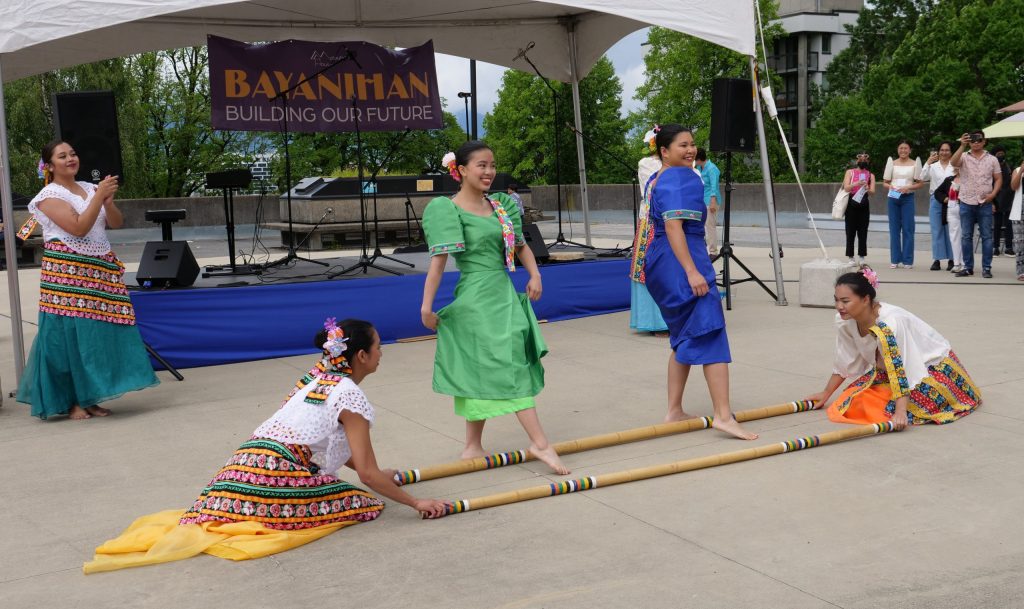 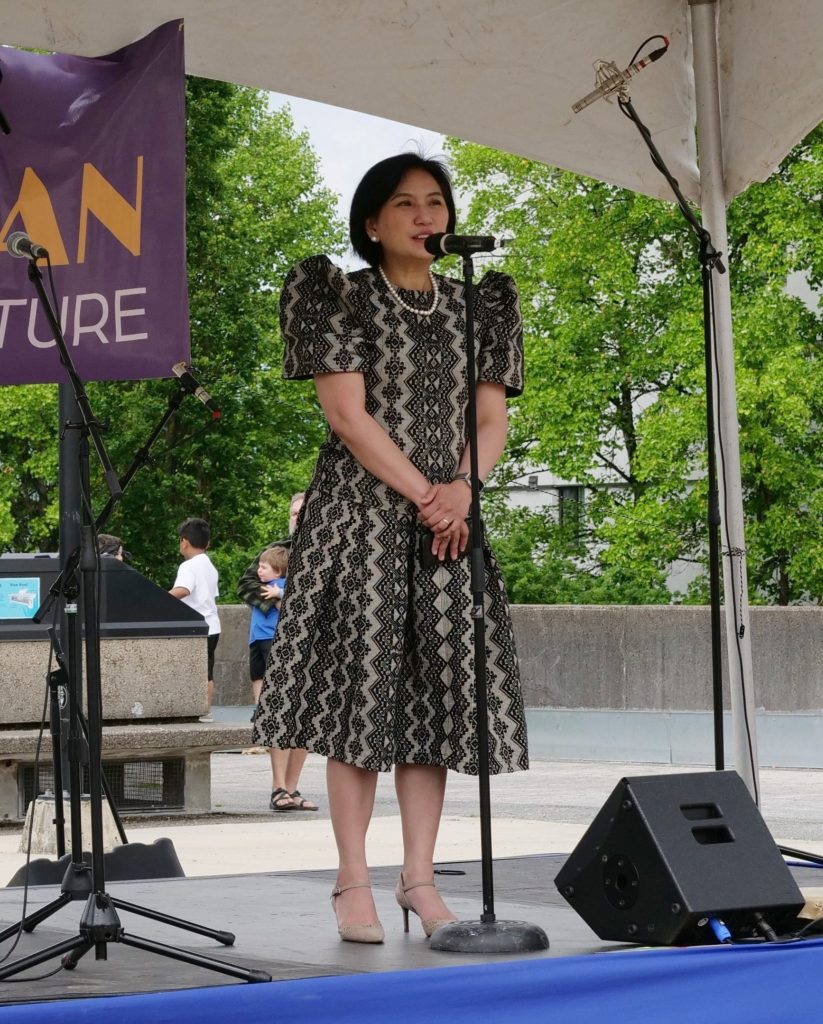 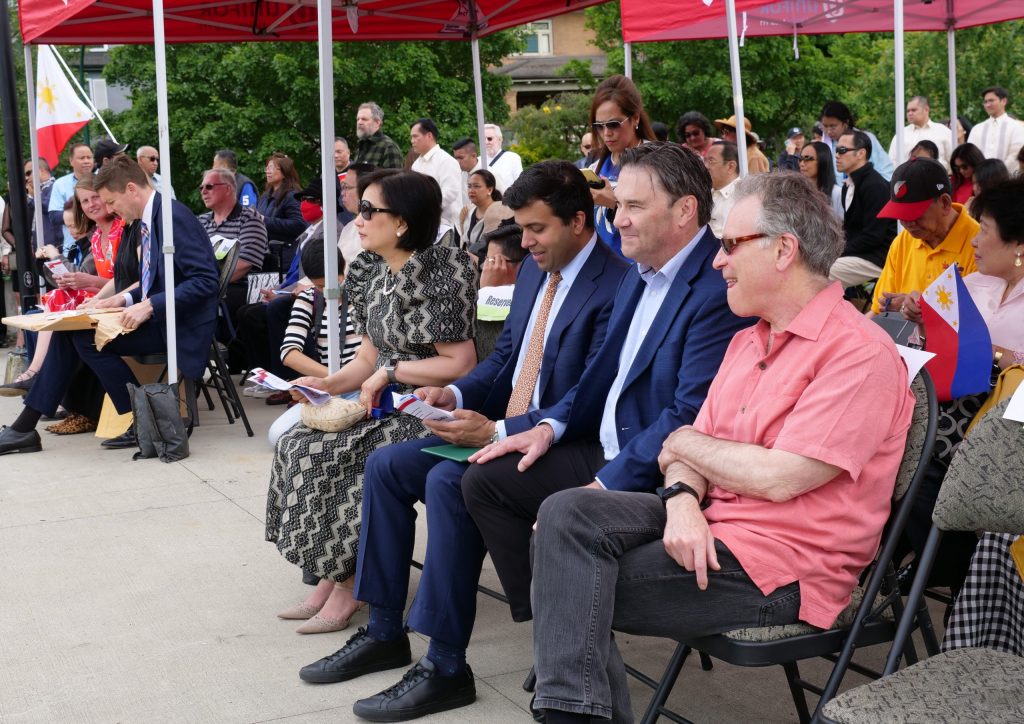