Gelo Granados and the band treat the crowd with his original music. 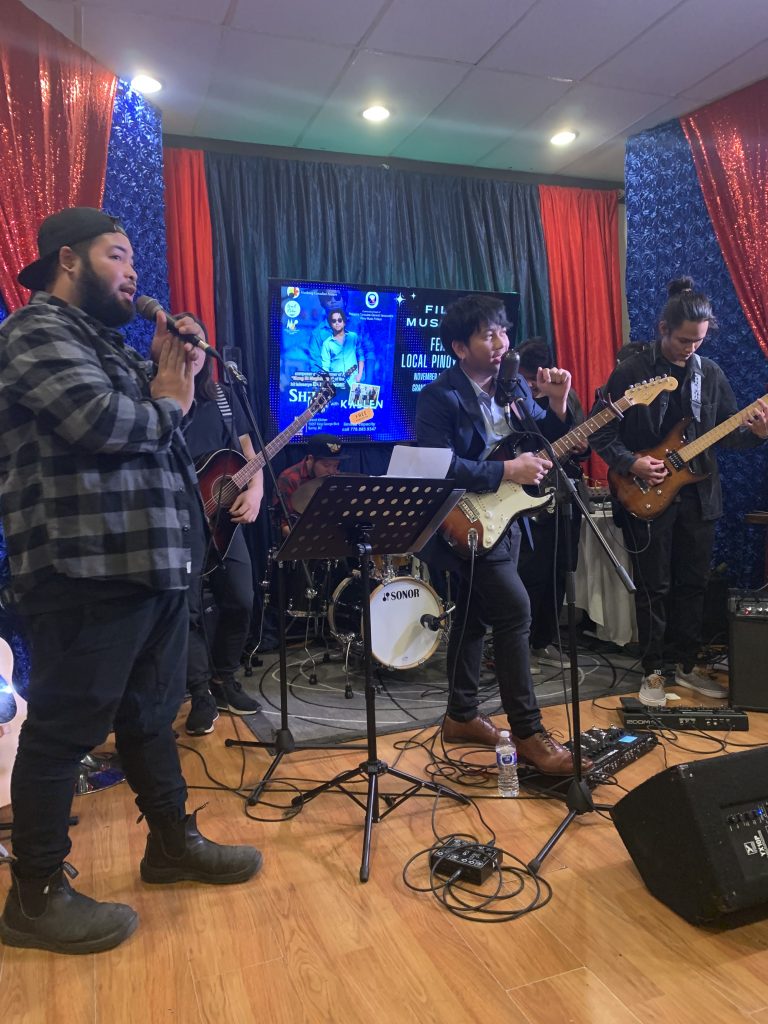 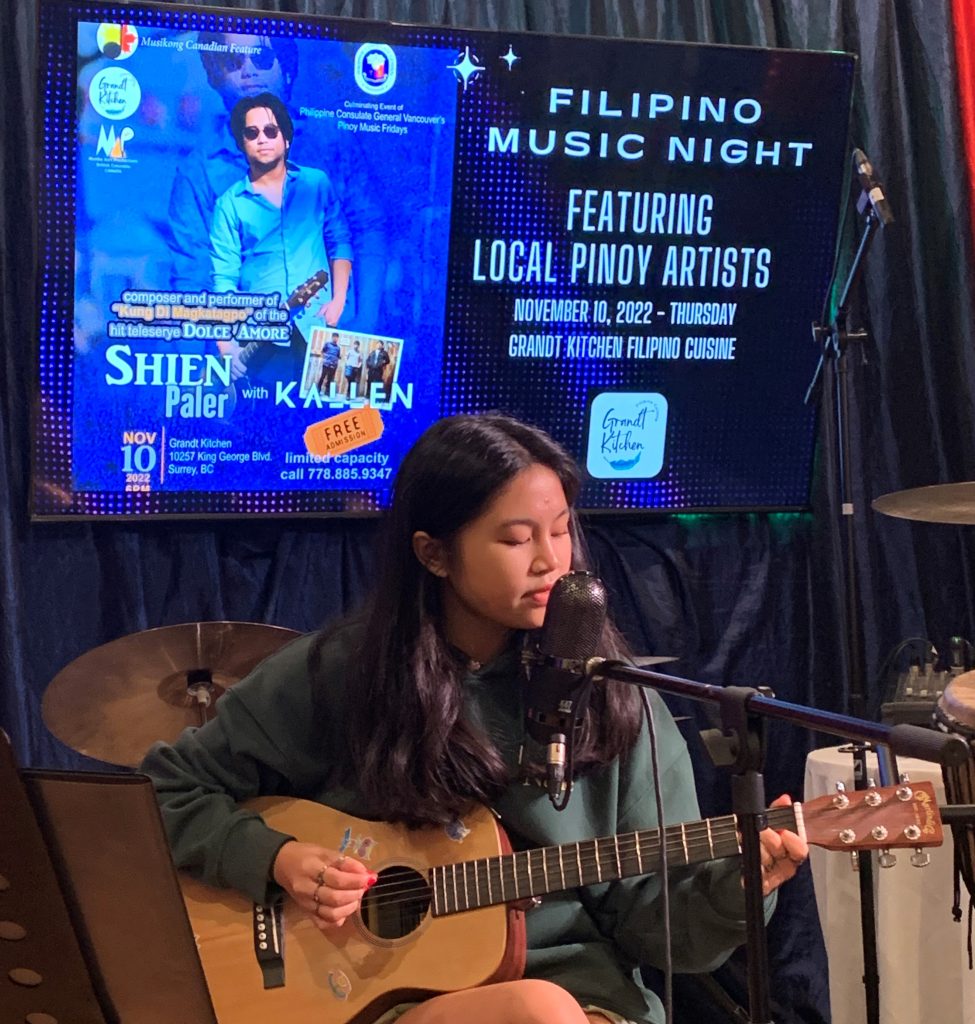 (Left) Shien Paler and the Kallen band serenade the crowd. (Right) A Filipina student based in British. (Photos by Vancouver PCG)

Consul Analyn Ratonel read the message of Consul General Maria Andrelita Austria highlighting the importance of OPM and how it provides a sense of community and a source of hope.  She also encouraged Filipinos in Canada, particularly the youth, to continue supporting Philippine Music and keeping OPM songs on top of their playlists. 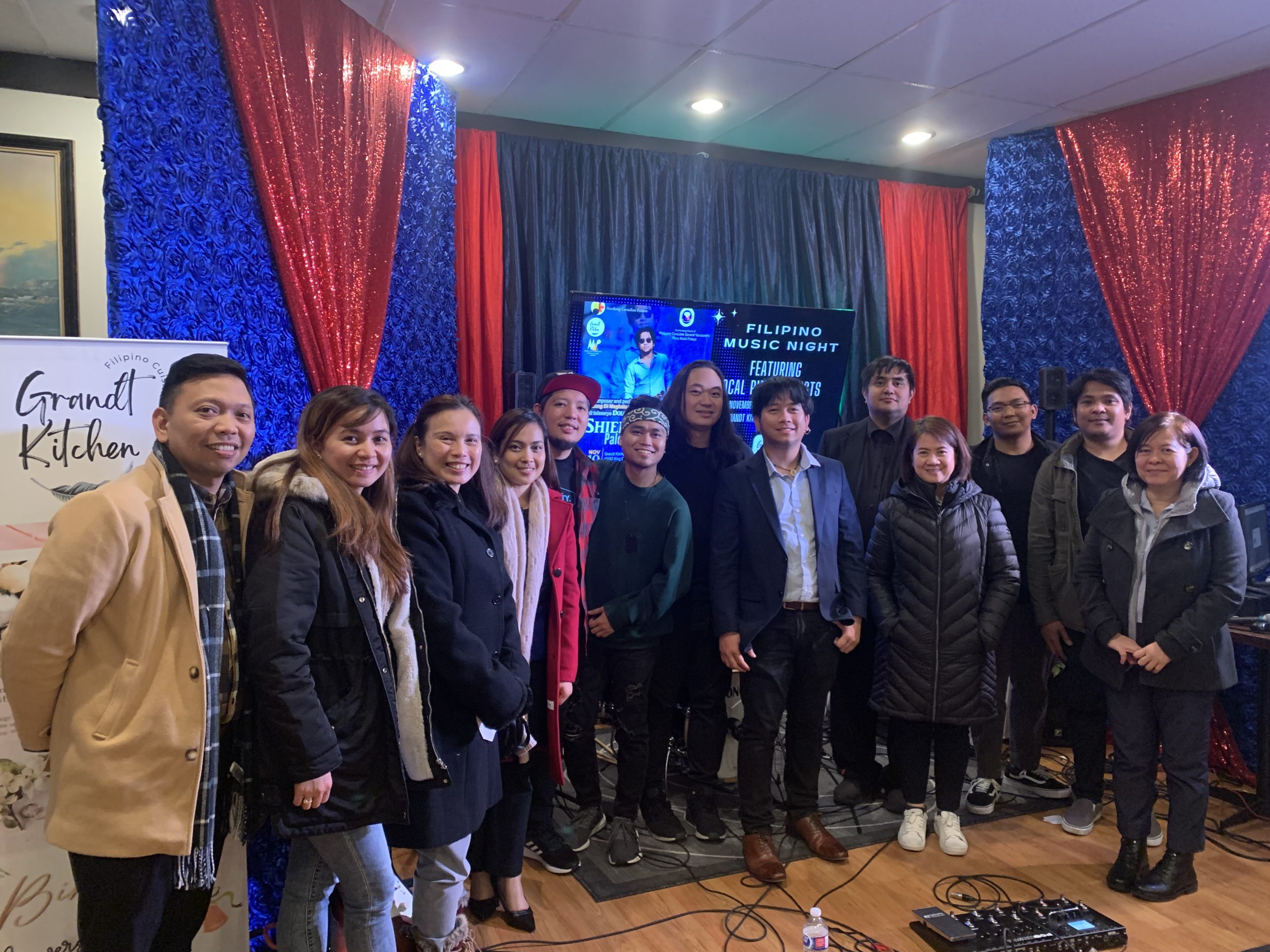 The team of the Philippine Consulate General in Vancouver led by Consul Analyn Ratonel with Filipino singers based in British Columbia at the end of the Filipino Music Night. 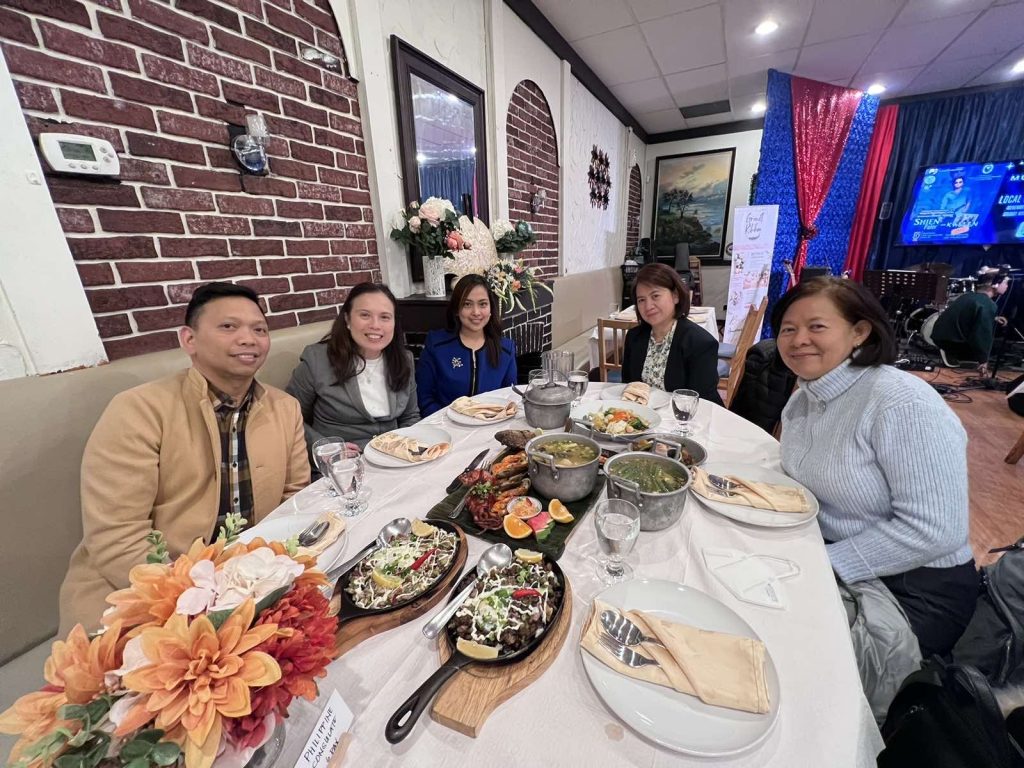 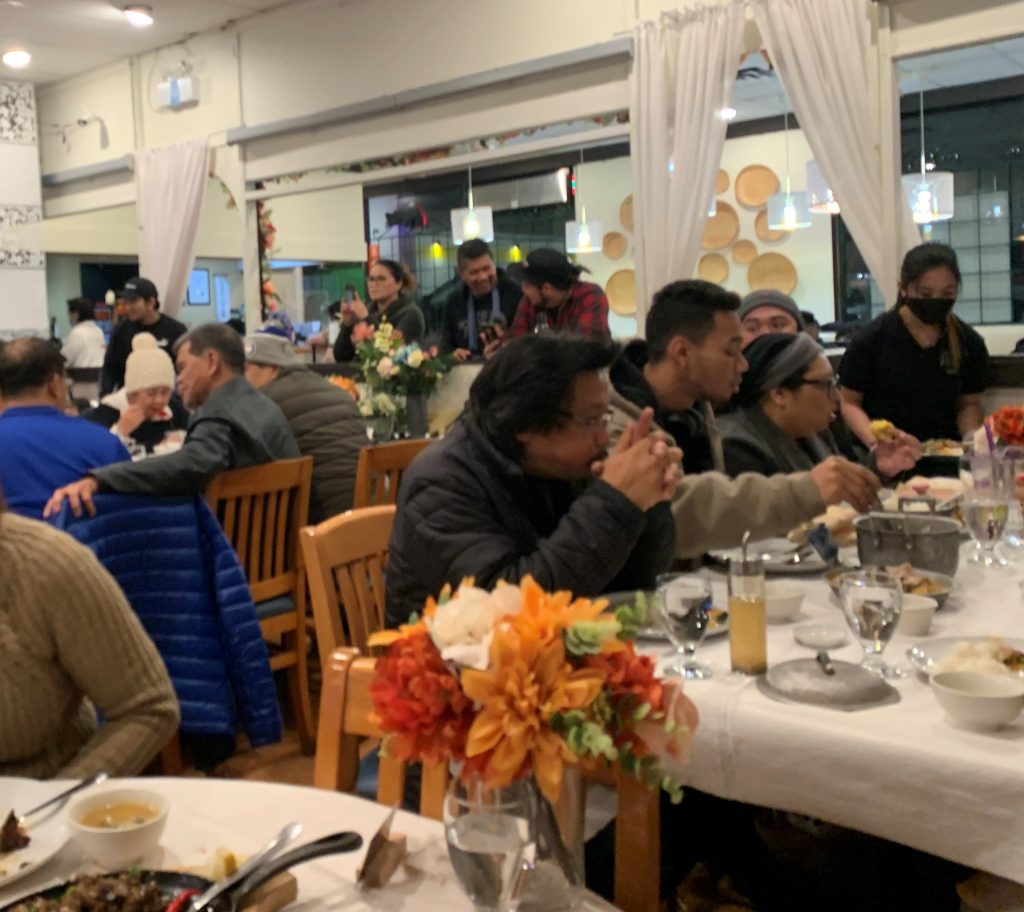 The attendees of the “Ugnayan: Filipino Music Night” enjoy the sumptuous Filipino food while listening to Original Pilipino Music.