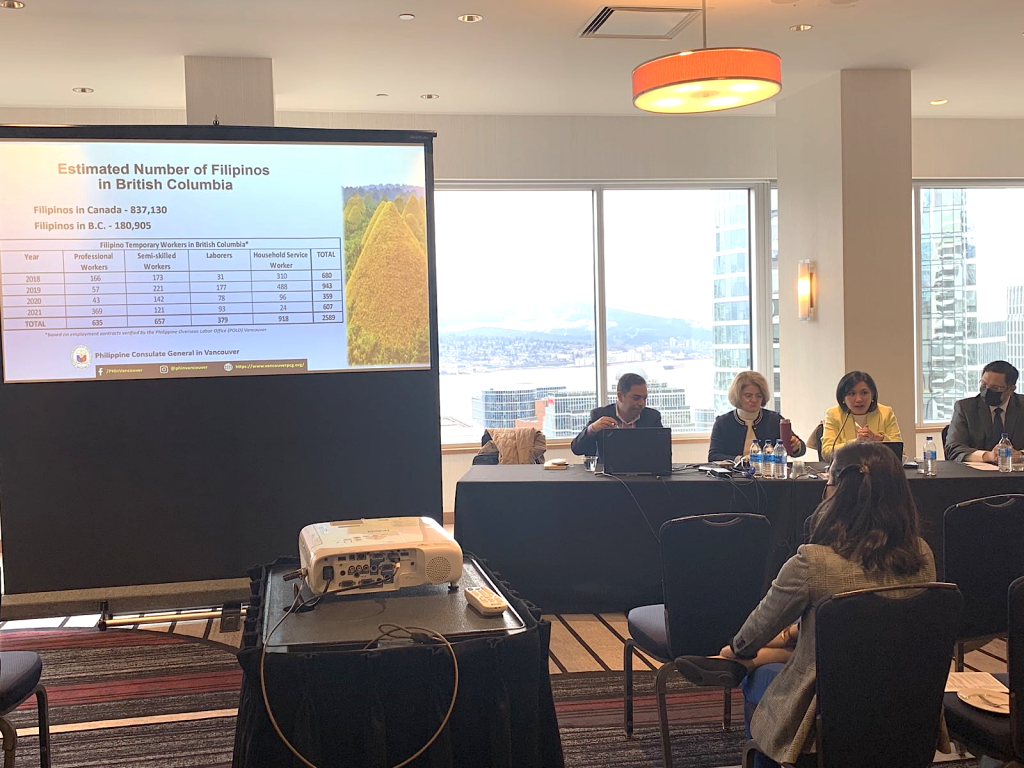 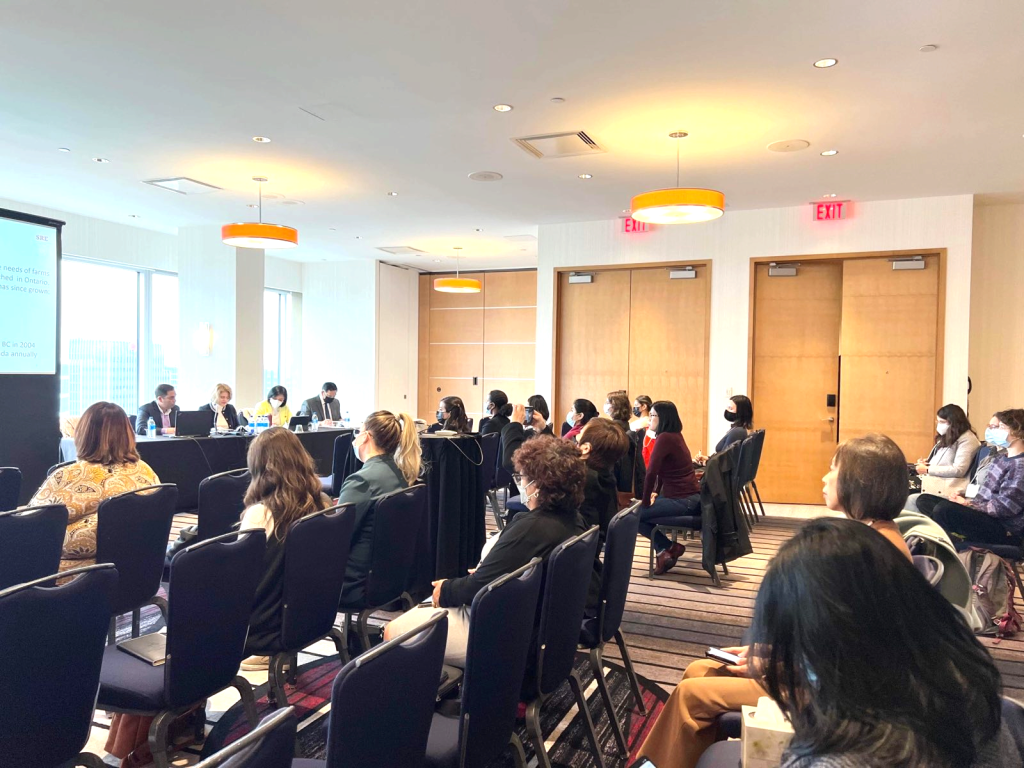 Consul General Maria Andrelita S. Austria (left photo, seated second from right) presents on the profile and welfare of the Filipino Diaspora in British Columbia,, under the panel topic, “Joint Emergency and Protection Response of Consulates and MOSAIC”, along with representatives from  MOSAIC and the Consulates General of Guatemala and Mexico, at the Hyatt Regency Hotel in Downtown Vancouver 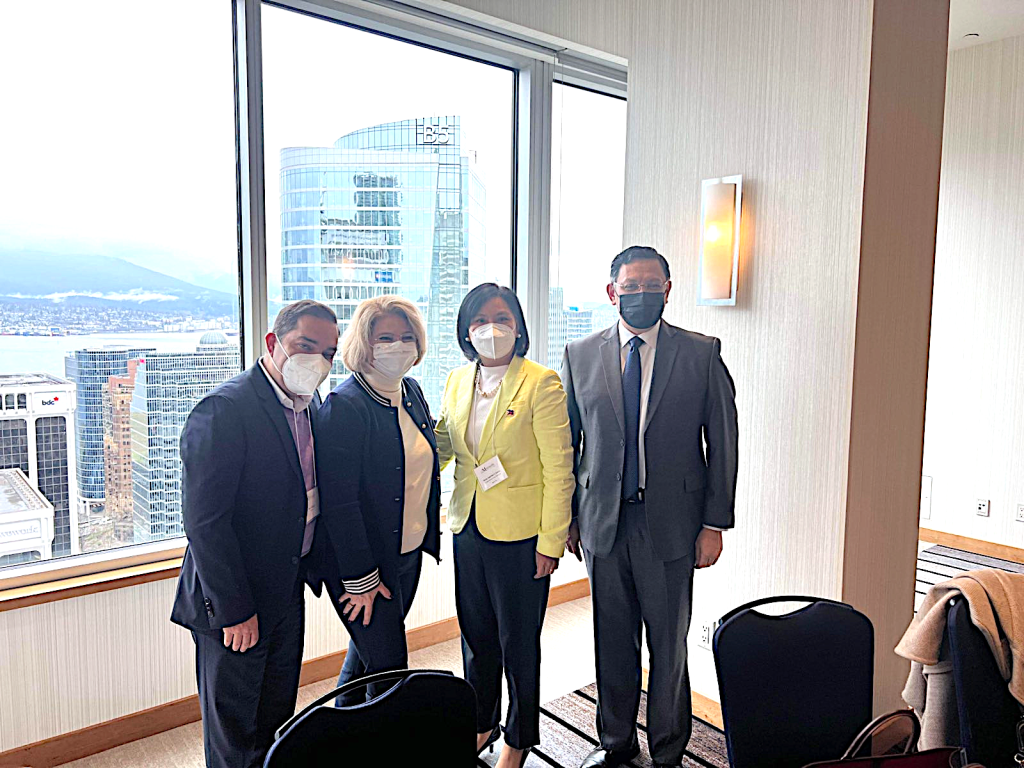 26 March 2022 – Consul General Maria Andrelita S. Austria, Deputy Consul General Arlene T. Magno and Consul Analyn T. Ratonel participated in the recently concluded 24th Metropolis Canada Conference entitled, “Reopening Canada: Looking to the Future of Immigration, Settlement and Integration”.  This 3-day Conference is an annual event organized by the Metropolis Conference and is held in different Canadian cities every year.  After a hiatus in 2020 and convening virtually in 2021, this year’s Conference was hosted in Vancouver.  Stakeholders, including policy makers, settlement agencies, researchers and other organizations discussed and learned from each other’s best practices, data and studies on immigration, and explored recommendations on how to best handle the new challenges of immigration and refugee settlements under the backdrop of the Covid-19 pandemic and the ongoing Russia-Ukraine war.

On the third and last day of the Conference, Consul General Austria gave a briefing on the profile of overseas Filipinos in British Columbia, the problems they face and the Consulate’s best practices in providing support and extending assistance to Filipino migrant workers in distress.  In so doing, the Consulate coordinates closely with settlement agencies, such as MOSAIC, the Migrant Worker Support Network BC pilot of the federal government and the Consular Alliance, an informal group of Consulates of immigrant-sending countries, such as the Philippines, Mexico, Guatemala. END