29 November 2021 – The Philippine Consulate General in Vancouver launched the 18-Day Campaign to End Violence Against Women (VAW) on 25 November 2021 at the Consulate’s premises as part of its Gender and Development (GAD) program.

Personnel of the Philippine Consulate General in Vancouver wore orange shirts in support of the campaign.  Information flyers on the campaign containing the list of agencies helping battered women were distributed to the Consulate’s clients.  Orange-themed giveaways have also been placed at the consular area in order to increase public awareness about the campaign to end VAW.

The 18-Day Campaign to End VAW, an annual advocacy campaign held in the Philippines by virtue of Proclamation 1172 of 2006, will run from 25 November to 12 December 2021 with the theme “VAW-free community starts with Me.”  END 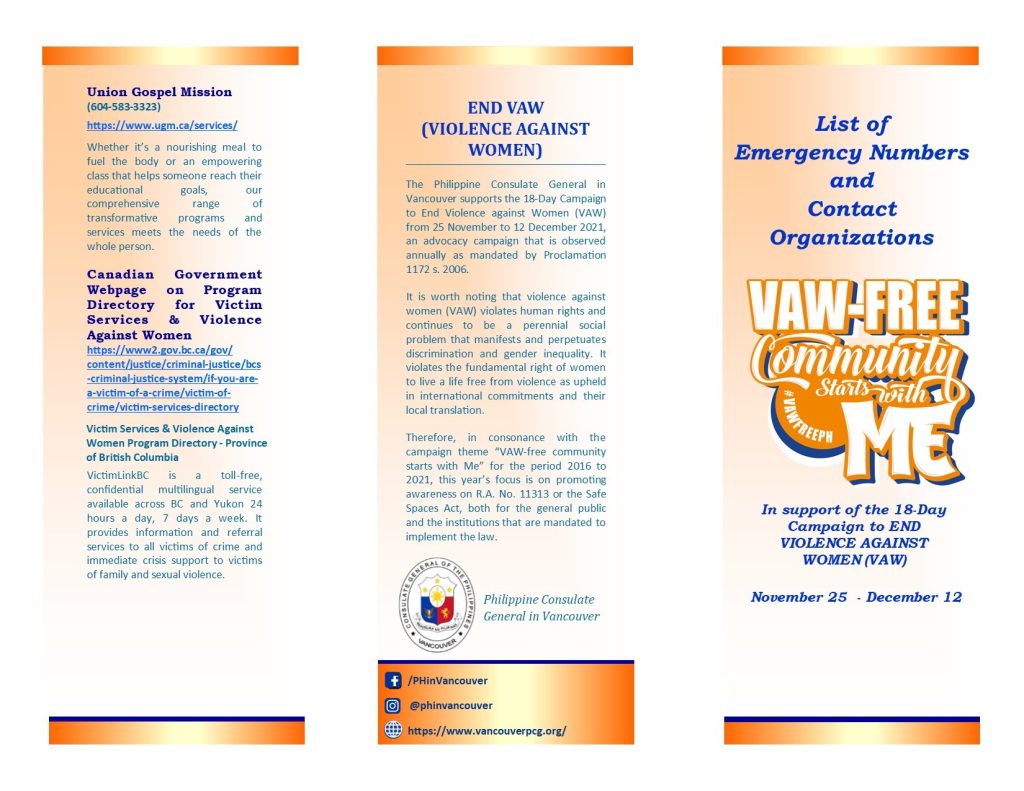 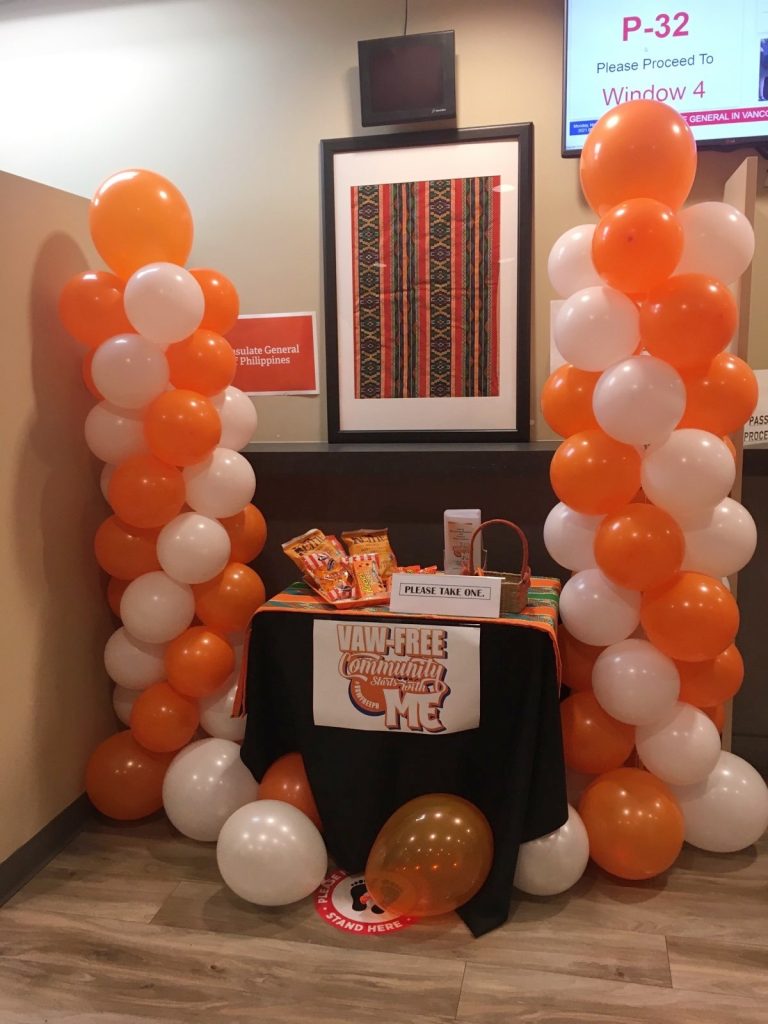 An orange icon at the consular area has been devoted to the observance of the 18-day Campaign to End Violence Against Women (VAW), where the info flyer and orange treats are offered to the public. (Photo by Vancouver PCG)