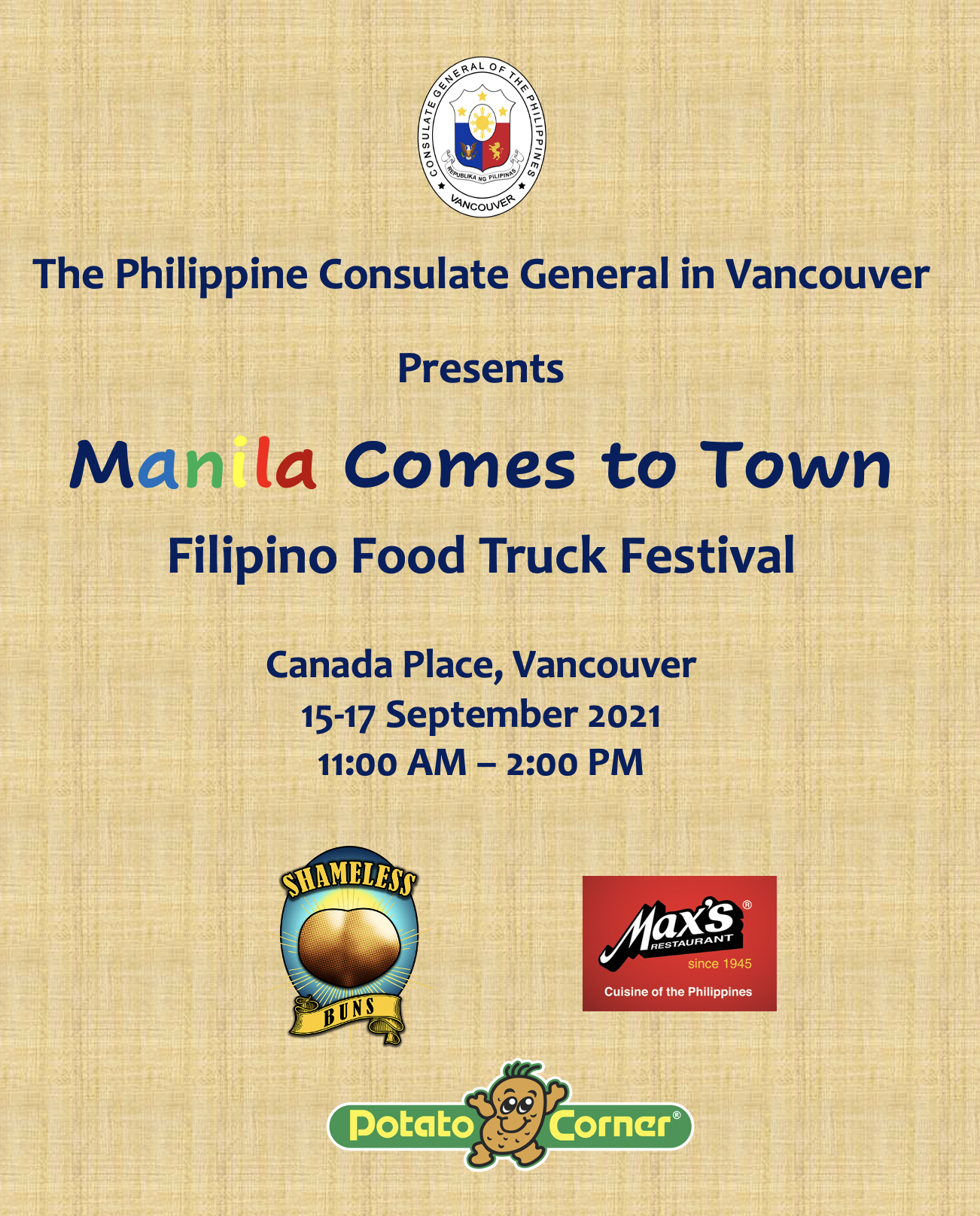 Once again, we will be joined by Max’s Restaurant and Shameless Buns.  Max’s Restaurant, famously known in the Philippines as “the house that fried chicken built”, has been serving customers for over 75 years with its tender, juicy and crispy chicken that can only be described as “delicious to the bones”. The Max’s Restaurant on Kingsway in Burnaby is one of several stores located in North America.

Shameless Buns is a Vancouver-based food truck that offers Philippine flavors in exciting, non-traditional creations.  Their sandwich buns and poutine version of the fries will make you want to return for more.  It recently opened its first physical store on Fraser Street, Vancouver.

This year, we will also introduce another iconic Philippine brand, Potato Corner, featuring the Philippines’ homegrown, deliciously-flavored fries. Since Potato Corner first opened in 1992, its food carts and in-line stores have sprouted in every corner of the Philippines, and now abroad, as well.  In B.C., you can find Potato Corner on Kingsway, Burnaby and in Central City, Surrey.

Before we say goodbye to summer, we invite you to visit us in Canada Place and try out the array of Filipino food available during the three-day food truck festival.  Come alone, or better still, come with family, friends and colleagues.