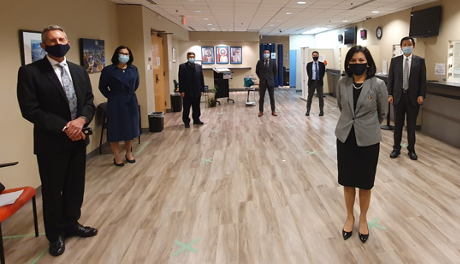 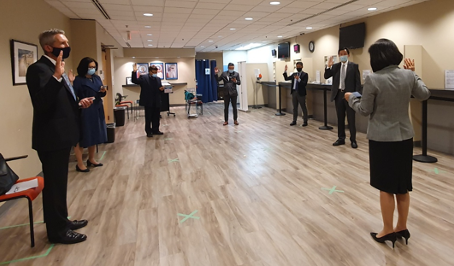 09 October 2020 – In a brief ceremony held at the Philippine Consulate General in Vancouver, the new officers of the Philippines Canada Trade Council (PCTC), led by its Chairman, Mr. Irv Hildebrand, took their oath of office before Consul General Maria Andrelita S. Austria.  Established in 1983, the PCTC is a Vancouver-based non-governmental organization which aims to promote, among others, trade and investment between the Philippines and Canada.  The event gave the PCTC officers the opportunity to update Consul General Austria of the Council’s plans for their term.  Consul General Austria also took the opportunity to solicit the Council’s support fornew Filipino businesses in British Columbia.