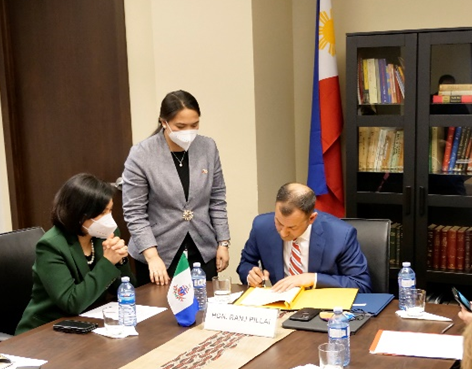 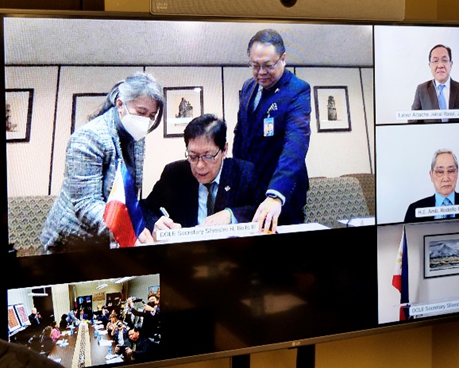 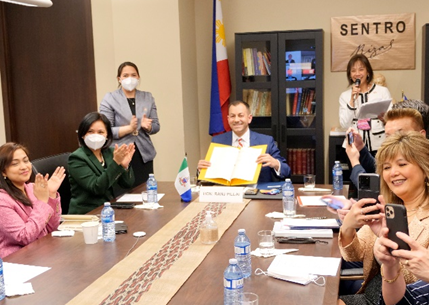 Minister Pillai presents the signed copy of the MOU. 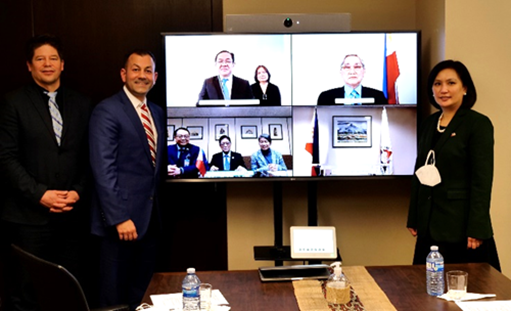 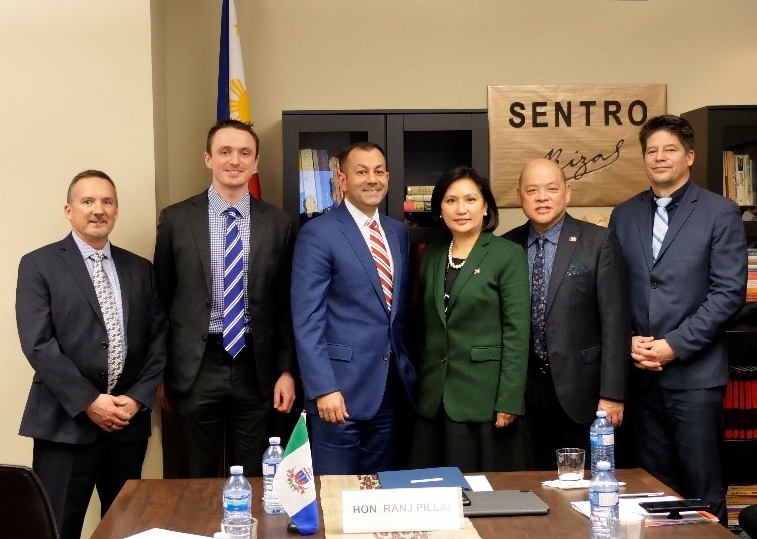 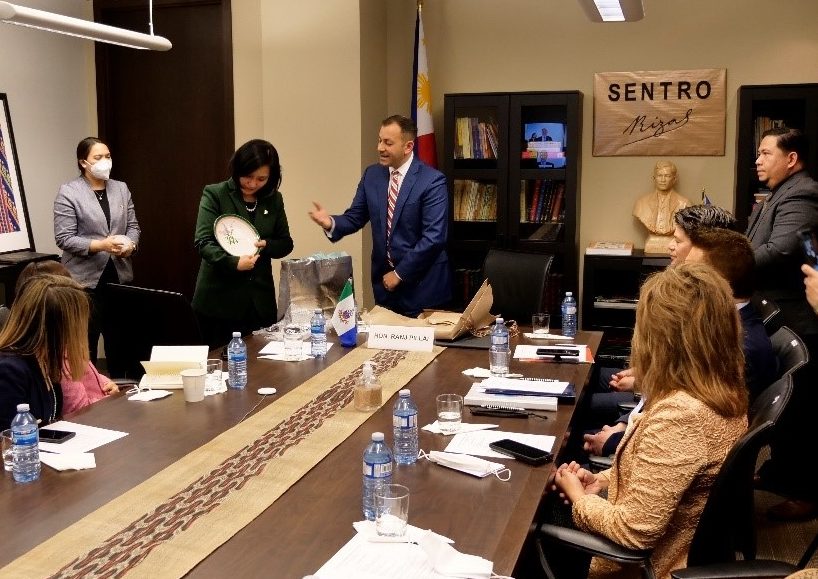 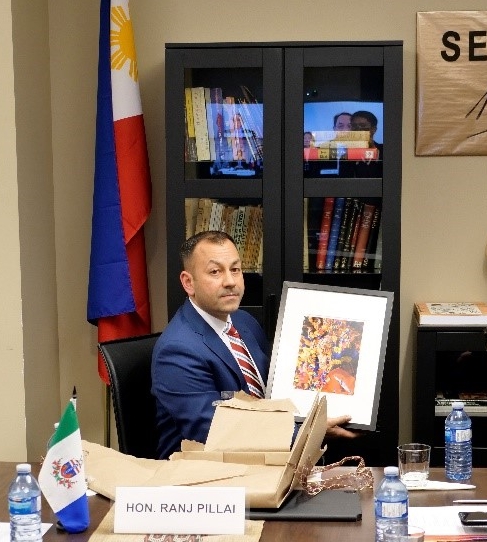 18 March 2022 -  Secretary of Labor and Employment Silvestre Bello III and Yukon Minister for Economic Development Ranj Pillai signed the Memorandum of Understanding (MOU) on the Employment and Protection of Filipinos under the Yukon Nominee Program in a hybrid ceremony, with Minister Pillai signing at the Philippine Consulate General in Vancouver and Secretary Bello at the Philippine Consulate General in New York.  The MOU, which was pursuant to the Joint Communique signed by both ministers in Yukon in August 2019, aims to facilitate and ensure the protection of the rights and promotion of the welfare of Filipino workers who will be deployed to Yukon under the Yukon Nominee Program.  In their remarks, both Secretary Bello and Minister Pillai underscored the importance of the MOU in enhancing PH-Yukon relations, particularly in the areas of labor, employment and immigration.

Accompanying Minister Pillai to Vancouver were Deputy Minister of Economic Development Justin Ferbey, Director Marius Curteanu of the Yukon Immigration Unit of the Ministry of Economic Development, Whitehorse City Councillor Jocelyn Curteanu, Ms. Aurora Viernes, President of the Canadian-Filipino Association in Yukon, and Mr. Dominic Peralta, also from the Filipino community in Yukon.  Prior to the signing ceremony, they had a meeting with Consul General Austria in her office, where they discussed credentials recognition, the upcoming Nurses Convention and the visit of the Dean of the College of Nursing of the University of Santo Tomas for meetings with BC Nursing Schools.

The signing ceremony also provided the opportunity for the announcement of the PAL-Air North Interline Arrangement by Mr. Allan Coo, Philippine Airlines Country Manager in Canada and, Mr. Dennis Parry, Air North Director of Agency, Packaged Products & Sales Distribution, which will allow seamless connection between Yukon and destinations in the Philippines and beyond.  END